For the first time I tried myself in aquascaping competition organized by Fluval company. Each of 30 competitors got a 7.9-gallon Fluval Nano Tank, Fluval Aquaclear hang-on back filter, Fluval Aura High Output LED Lighting, and substrate of your choice. You could bring your own hardscape, driftwood, plants and other decorations. I only knew aquarium measurements so I decided to came up with some plan. I searched local fish store to find some rocks and driftwood. After picturing it in my head and I decided to dry practice in the wooden box. 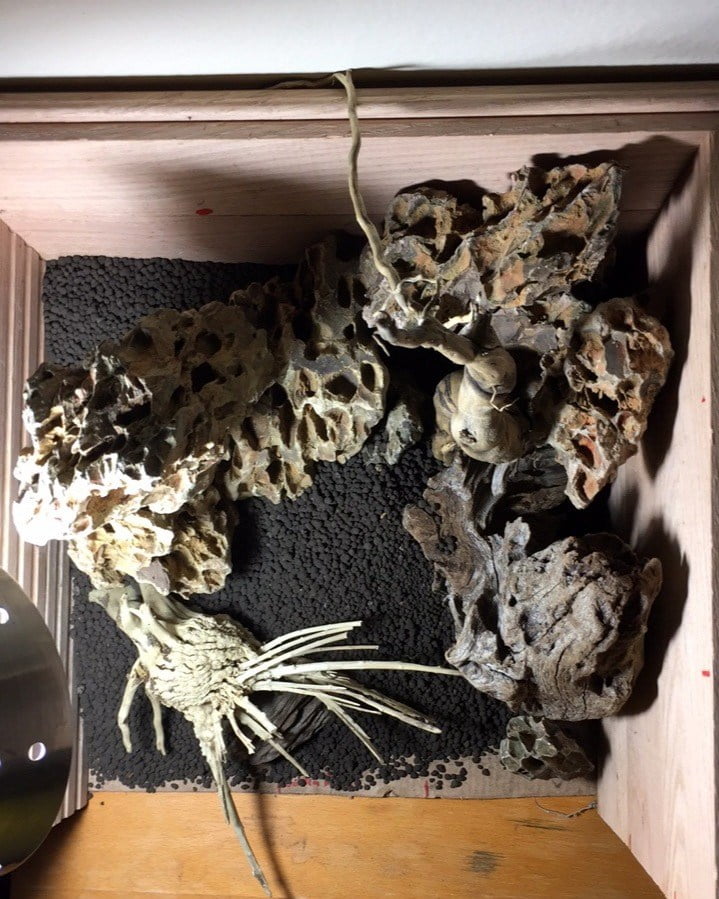 Final look from the live competition

Fluval light came out to be very good. The only bad thing about it was that in order to mount it you had to stick it to the tank which meant that it was impossible to change it later or move to another aquarium. Other than that plants were growing great and fact that you were able to dim the light however you want was also very useful. Bucephalandra species were growing slow but steady. Substrate had it’s buffering capacity for almost 3 months with tap water use and I experienced 2 ph drops up to 6.0 with kh drop till 6 weeks from setting it up which were caused by softening abilities of the aquasoil and adding co2. 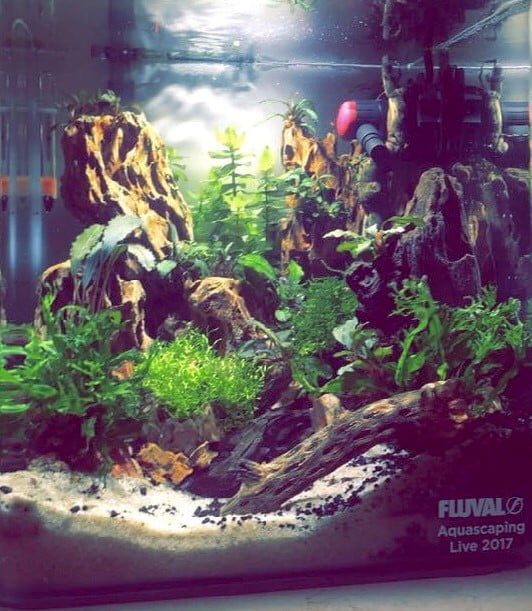