As you can see I used aquarium lava rock to build miniature aquascaping. I got some plants from Aquatic Plants Society Chicago and I decided to use it somehow. Didn’t want to spend lots of money for another set up, so I used this small 6-7 gallon tank, which I had at home. I tried to set it up on the dirt this time.

The lava rocks that you can get in Home Depot has a few sizes. Not all of them are all the time available so I would make sure on their website or call with the stock number. The best lava rocks black and red are XXL size and fire pit once, however the most expensive. The regular red lava rock I used in this aquascape has the smallest stones in it, but is the cheapest. You can buy a plastic mesh in the roll or some filter socks and put lava rocks inside.

This way you can use it in the filters, or to add height to your aquarium design. It will house a lot of beneficial bacteria, because its porous structure and millions of tiny holes inside. A lot of surface for beneficial bacteria to grow! It also looks cool. If you use a super glue and cotton cigarette filters, you can easily glue the rocks together and create bridges and caves – an amazing look. Super glue is save to use in aquarium once it is dry it doesn’t leek any chemicals into the water.

Where to find a big aquarium lava rock ?

If you are looking for a much bigger lava rocks in the Chicagoland area. I know two aquarium fish stores that they have it in stock almost all the time. First one is a Fish Planet in Deerfield and the second one is Aquarium Adventure in Schamburg. Very nice rocks you can also find on GCCA swap in Schamburg. You could also look for it in the local landscaping stores or garden stores. Lurveys has many different rocks for aquascaping, so I would try also there.

I had some substrate from Carib Sea which I used before for a fiddler crabs tank. It has quite small density. I also bought in Home Depot organic potting mix dirt.

All you will have to do is put on the bottom CaribSea layer like above. Put some more by the edges so a dirt won’t be visible

Then add dry fertilizers if you have, I added some dry NP (nitrogen and phosphorus) like 1/4 teaspoon and like 1/8 of micro nutrients. I was just experimenting with it, so don’t take it as a perfect amount. We will see how it all will grow. Later I covered it with 1inch of dirt, but remember to dump it somewhere on a tray and check if there is no roots or stuff like this. After that I delicately added some water just to make the dirt wet a little and I smushed it. I capped the dirt with the rest of the caribsea substrate and later I was aquscaping and adding a plants very carefully.

While you will wash lava rock from the red dust, you can put it to the bucket, fill with water and most of the dust will stay on the bottom, then take off lava rocks to another container and dump this water with all the dust in the bottom. Repeat 2-3 times or as long as it is necessary. After all check water parameters from time to time or make a few smaller water changes during the week. This is an example how easily and cheap you may aquascape any small aquarium. It doesn’t look proffesional but on the picture it those little lava rocks looks huge, because of the perspective. Plants which I used: marsilea hirsuta, steurogyne porto velho, rotala walichii. Thanks to ‘Aquatic Plants Society’ for the nice aquatic plants! 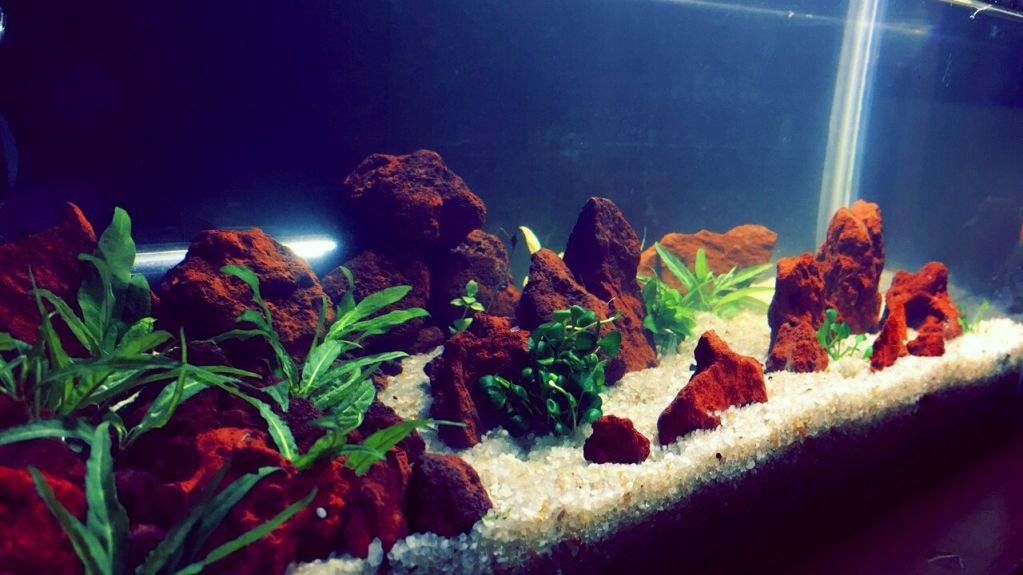 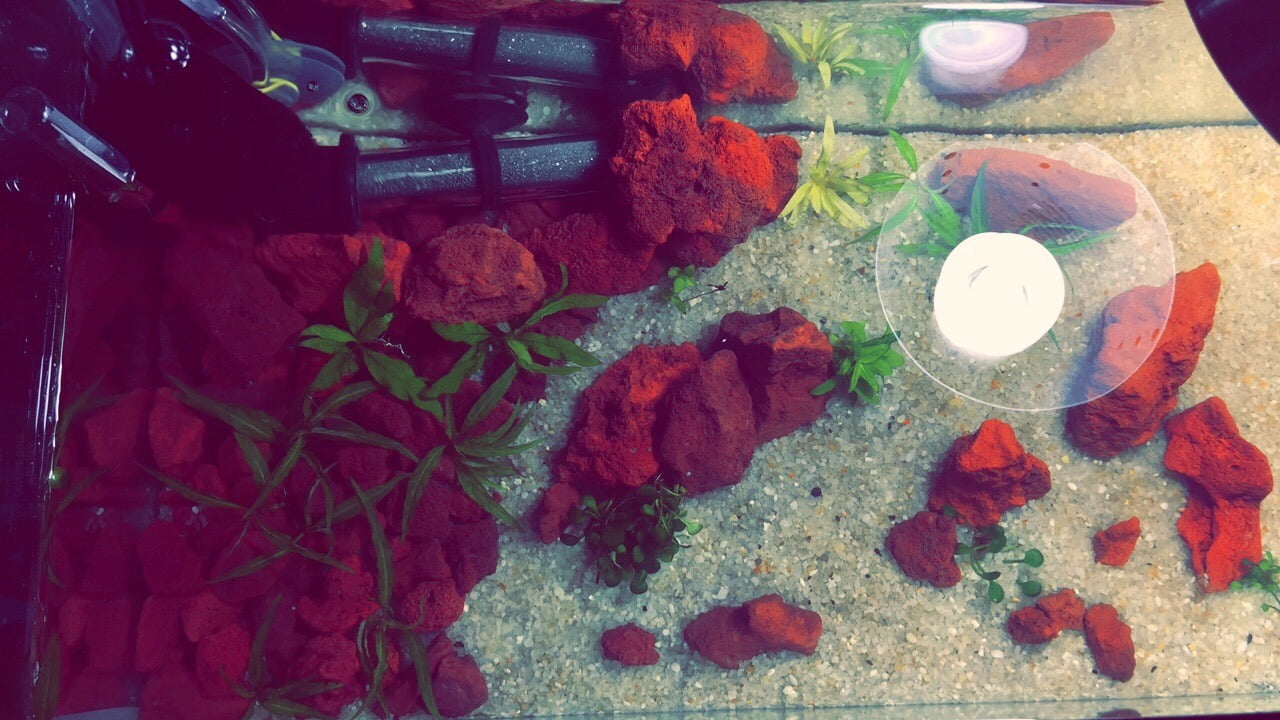 As a first low tech tank with regular soil it came out to be a failure. Too much organics breaking out in the soil and releasing to the water. Too much soil and too small cap for such a small aquarium, or not enough water changes for the first few weeks. Now I know if I would do a daily water changes for the first 2 weeks and later on 2 water changes a week till the time when everything is stable, everything would be fine. Algae took over the tank and I kinda neglected it and gave up on it. With the maintenance I was able to keep algae under control, but plants growth wasn’t satisfying at all and I became impatient.

I probably got use to super fast plants growth with co2, that I was able to see a change in the look withing one day. Now with low tech I had to wait a week instead.