First aquarium setup – this is where all started 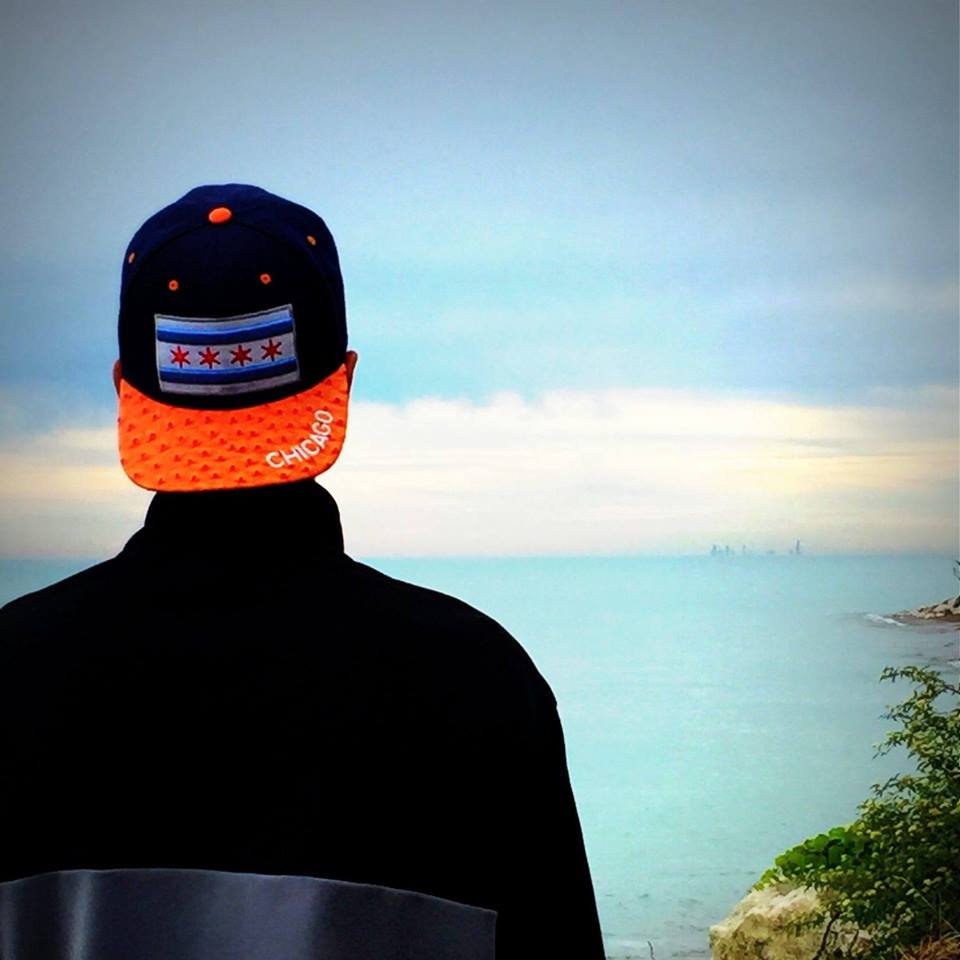 My goal was to set up nice looking 20 gallons aquarium without spending a lot of money. I headed north from Chicago to find some stones which I can use as a substrate. You can explore new areas around] during this searching, have an amazing experience with nature, meet someone interesting, or just spend nice Sunday  with your family. I was choosing from small  better for a plants) to medium size stones which I could use to build a cave or tunnel.

I washed the stones in hot water for a while to kill unwelcome bacterias (It’s important!) and I made two caves, big one and small one on the left in the corner. After all this I really wanted to have my fish inside but I knew that I have to be patient, so I was waiting 3 weeks untill everything will stabilize and good bacteria will grow on the rocks and in the filter. I added some waste from the small aquarium and I squized cartridge from small aquarium filter into the filter in new aquarium. From time to time I was adding a little fish food, and dirty water from the small tank to it so the bacteria will have something too eat. 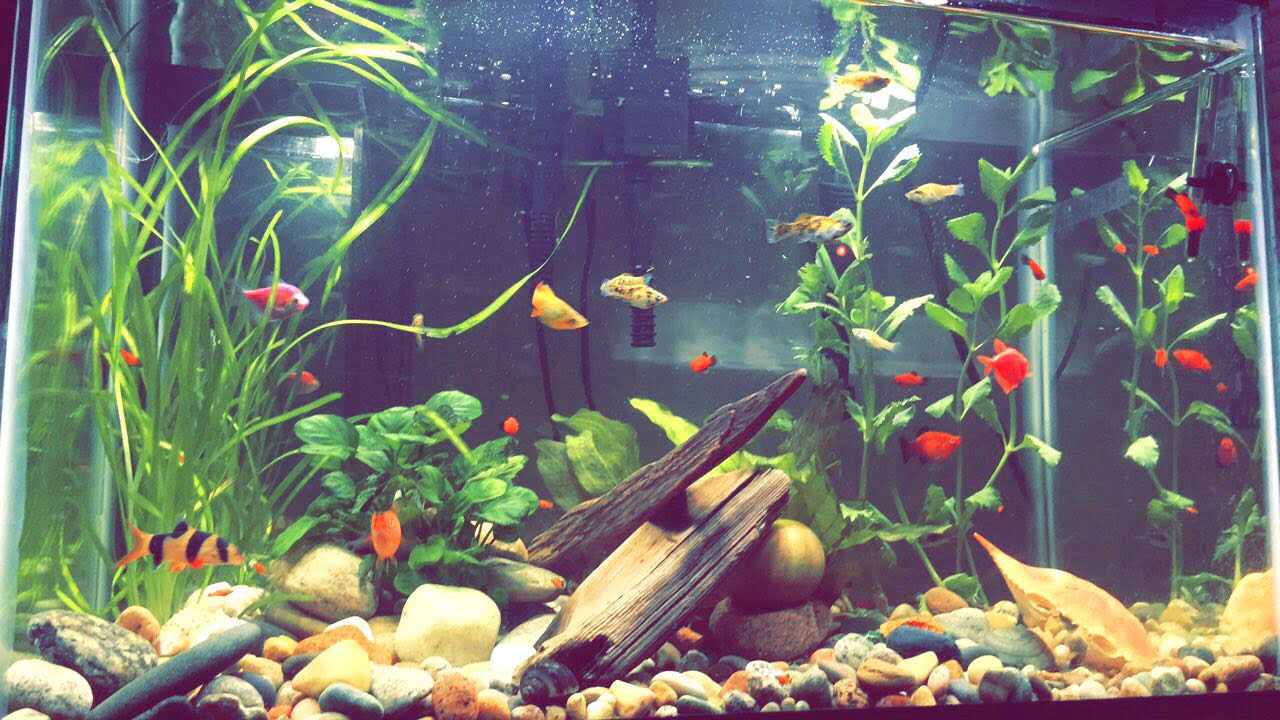 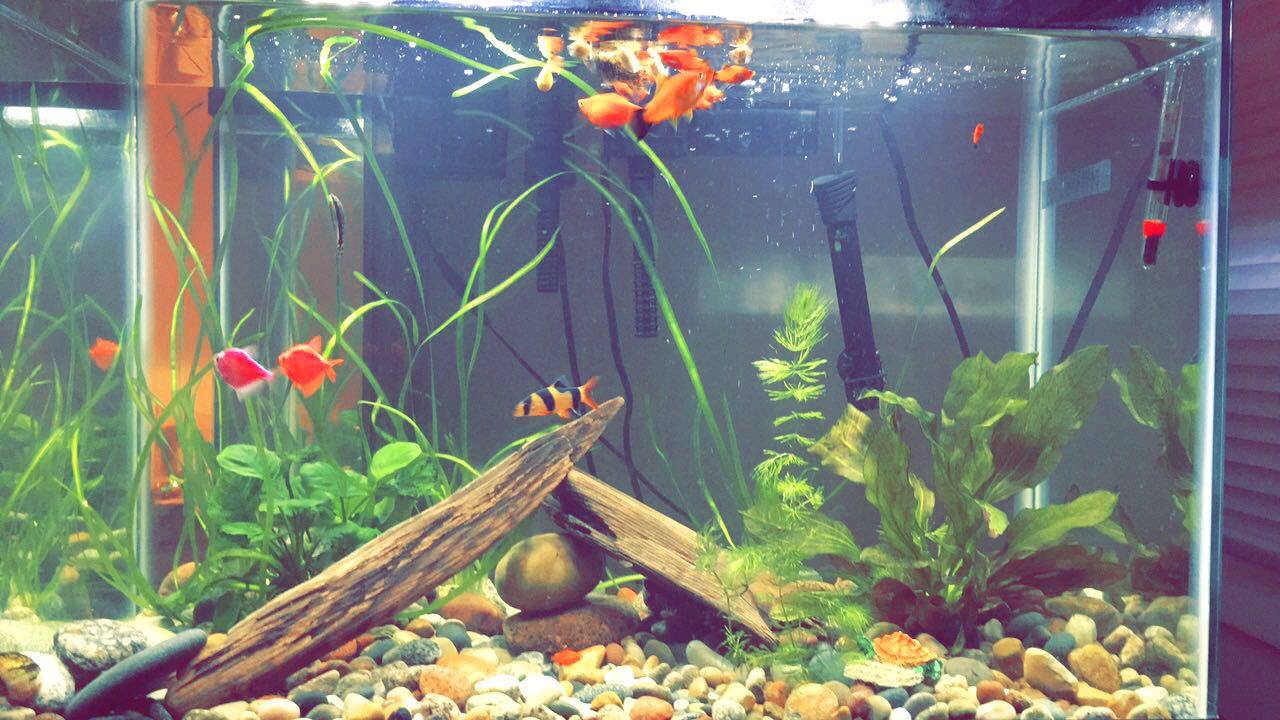 I also bought breeder floating on the right side ($10) for anoher two pregnant fish. In this way I had something nice. Every stone which I found on the north side of the lake was a part of my sunday adventure, but It is just a beggining…