My friend was selling 40 gallons aquarium for $20, so I took it home. Its destination would be growing the plants which I trimmed from my 20 gallons planted tank. Then at the fish store in Schamburg I found those stones, and I had a flashback to all aquascaping information’s which I was reading in the past few weeks.

However I was analyzing different styles in aquascaping, trying to discover which features I like the most in each of them, so I can implement it in my aquarium.
Different aquascaping styles

For now I had only two bags of substrate – black caribsea flora max. Around by the walls I put stones from the lake to make a barrier and between the stones and edge of aquarium I added cheap gravel for commercial filtration which you can buy for like $0.50 per lb. I put flora max in the middle and also I covered the edges with a thin layer. I also bought bogwood for like $9 to attach my anubias to it and 2 pieces of Malaysian driftwood $9 each. Placing the stones and driftwood took me the most of the time. Under the stones I put Styrofoam. I didn’t glue or tight stones, only I found the balance and supported it with the smaller stones on the bottom.

This was the first set-up and I really liked it but I decided to use only one focal point with rocks, and the other would be my red plants. I used driftwood in the other spot to hide a power head. Before the aquascaping aquarium was set for a few weeks.

Plants for my planted aquarium

In the 20 gallons tank I had dwarf hairgrass which I took off and placed in a plastic breeder. I got this to keep baby fish on the beginning ($10 in PetSmart). I kept there also stargrass (heteranthera zesterifoila) because in my 20 gallon tank in which conditions were very good, this plant was dying. The reason could be  its very delicate leaves and all fish were eating it or I read that clown loach is making holes in this plant and drinking juices. I thought that this plant just needs to be separate and have more light. It was a good move because later when it was the time to plant it in new aquarium I was surprised how much this plant developed its new stems.

From one bigger plant with three steams now I had like 15 smaller plants. It didn’t even need a time for a transition from deep water on the bottom of the aquarium to shallow water at the top, as opposed to dwarf hairgrass which blades were getting dark and after a week started to grow and being green back again. It is like this because when plant is exposed to a much stronger light right away it didn’t have time to produce enough chlorophyll to defend itself. Plants closer to the light grows much faster. If I remember it good 10 inches lower water level causes that a aquatic plant will get 40% more light. When it will start touching water surface it also will start getting co2 directly from the air which is much better and easier to absorb for the plants. 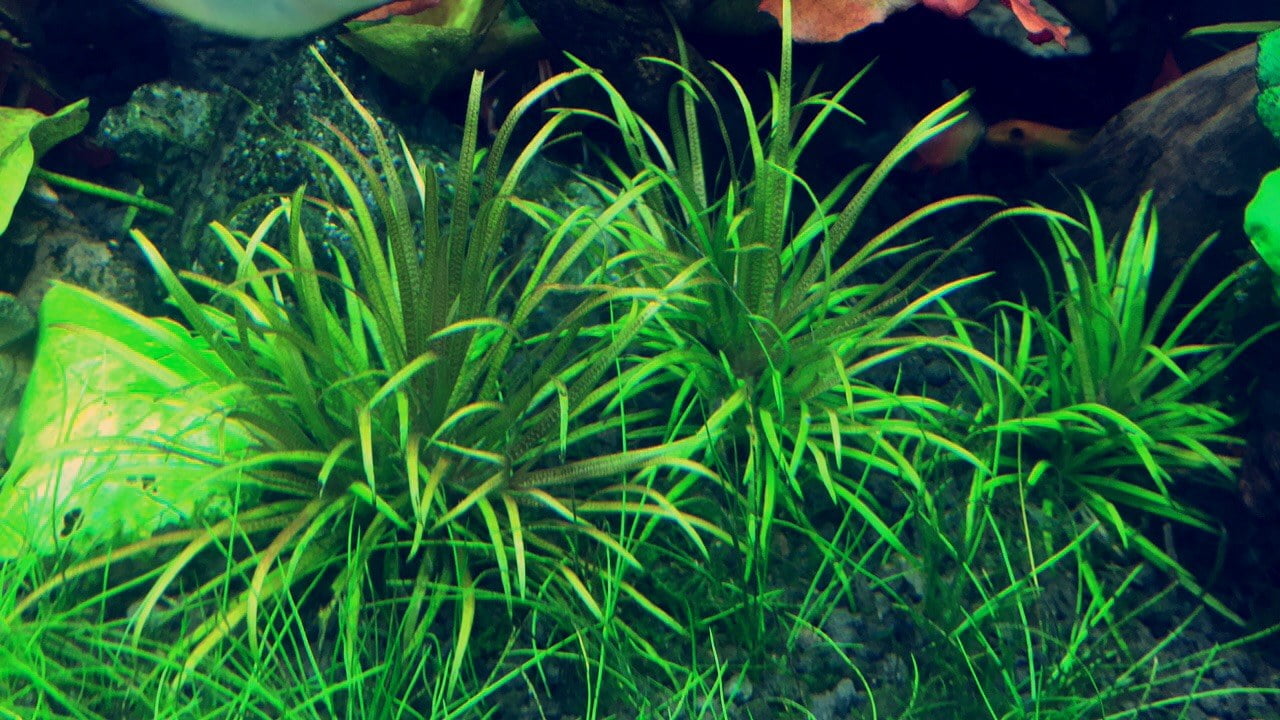 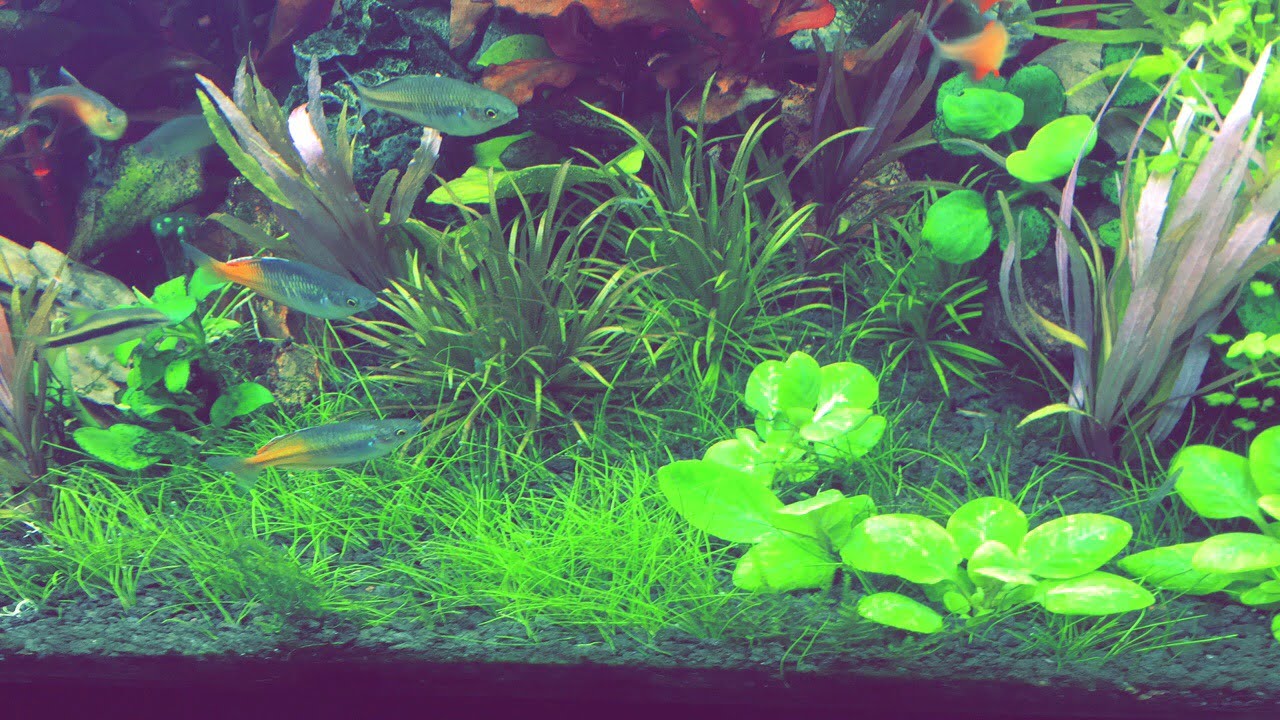 This time I decided to split hairgrass properly into much more tiny bunches. I cut it before that, but I didn’t know at this time yet that hairgrass have it’s own memory about how much did you cut it(I’m not sure if it’s true, but…) first time when you are planting it you shouldn’t cut it in my opinion. With finex 24/7 it was shooting new blades attached one to another thru a thin string, which I was cutting and planting back into the substrate, but it seemed like when the roots were growing, it was pushing the grass higher out of the substrate instead of digging roots deeper. I think that this substrate it’s not proper to fast developing of dwarf hairgrass.

Now I know that if in the future I would like to create a nice carpet fast… I would do it first, with smaller amount of water in the aquarium, then slowly when it would grow, I would add more water.

I was collecting all plants which I wanted in this aquarium, and already made a plan which plant will grow where, including how I want it to look in the future. I wanted stargrass to be my dominating plant on the left side of the tank. with red ludwiga in the middle background and alternanthera reineckii in the middle second plan and rotala macrandra on the front of it. Then I wanted to have nice bush of rotala indica to blend this red coloration. On the right side I decided to have hygrophila because this plant grows really fast and it react very fast on any deficiencies. Having this plant you can react fast before it will touch other plants.

I had also mint charlie and golden nausea from south Asia but those plants are really delicate and during my diatoms issue they got damaged so bad that it is still recovering. The effect wasn’t that bad, I had to place some plants differently because I couldn’t figure out what to do with so high water flow from power head.

For my 40 gallons tank I ordered online oddysea t5 light. Two bulbs 39W each with 6500k daylight in it, but later on I was using 2x96W T5HO  U shape bulbs. That stronger light made my planted aquarium experience completely different. I started using stronger lights since then in co2 and non co2 aquariums (just shorter).